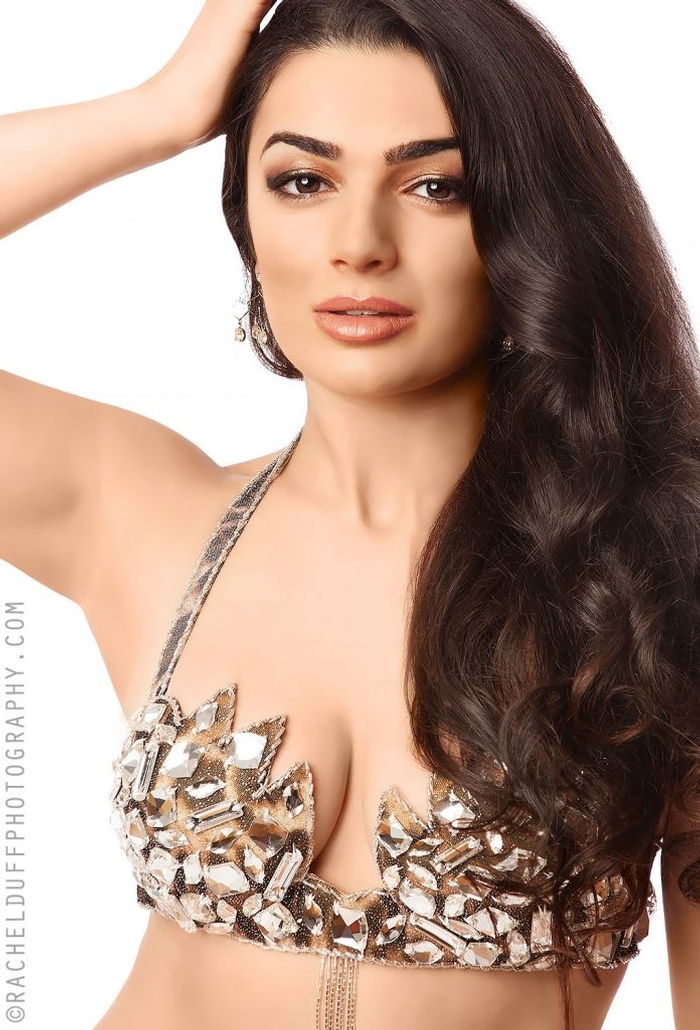 sabella Salimpour is a 3rd generation dancer, actress, and singer. As the daughter of master belly dance instructor and performer Suhaila Salimpour, and granddaughter of Jamila Salimpour, Isabella has been on stage since the age of 2 and assisting in her mother’s workshops since the age of 8. She learned belly dance from her grandmother in the traditional way of watching and following in the living room of their family home, and Isabella is one of the first dancers to be raised on her mother’s codified and classicized method of belly dance. She has performed with the Suhaila Dance Company since she was 7, and in 2014 performed in her mother’s most recent theatrical production, Enta Omri, where she danced the featured solo. She has taught both adult and youth classes, and in 2015 she was the youngest dancer to teach at Tribal Fest (on her 17th birthday). She is also a core member of Bal Anat, which she hopes to direct one day as her mother and grandmother have before her.

Apart from belly dance, Isabella has a diverse background in dance and theater. She has studied a variety of dance forms with esteemed instructors, training in ballet (at both the San Francisco Ballet School and The Berkeley Ballet Theater), modern, lyrical, jazz, tap, and hip hop. She has studied theater at San Francisco’s American Conservatory Theater (ACT), the Berkeley Repertory Theater, and the Contra Costa Civic Theater, and has been performing in community theater productions since the age of 9. In high school, she played several lead roles in her school’s plays and musical productions. She also studied voice at the California Jazz Conservatory (formerly the Berkeley Jazzschool) under Trelawny Rose, known for her work on the hit TV show The Voice.

In addition to being an accomplished performer and instructor, Isabella recently graduated high school as an honor student, earning both academic and community service awards. Currently, she is an undergraduate student earning her MFA in Musical Theater.